METAVERSE: THE POSSIBILITIES FOR THE AUDIOVISUAL

Get Ready to See Everything Change. Again.

You have certainly heard about the Metaverse and even if you didn’t quite grasp it entirely you maybe have smelled a rat. After all, is that simply a fashion that will end pretty soon? A hype? A future tendency? A great marketing strategy?

Latest news say there are some productions in the entertainment industry being made in the Metaverse world – like CNN, which will create a series to show the wedding ceremony of the presenter Rita Wu, which will take place at Decentraland (like a city on Metaverse), and the UFC which will create a live fighting experience using virtual reality glasses. And there’s still Disney, that announced a new technology promising to break barriers between the real and the virtual world. How the results of all this will be we still don’t know, but we are certainly curious.

What we do know at the moment is that there are more questions than answers. Nevertheless, we risk to assume that the audiovisual in some way foresees the future in its more fantasized way. That’s what we call science-fiction.

The movies which talk about this parallel reality are many, but we’d like to highlight the comedy Free Guy, starring Ryan Reynolds – because it is more recent and it’s not on that list.

The film calls your attention by the fact that by entering in a game the person starts living this other life as it were his own, including falling in love for an avatar from which the other person does not know who’s on the other side. In a certain moment, this normal person prefers to live on this side reality, created and manipulated aside from his own real world – like in more evolved version of the film Her, with Joachin Phoenix.

This all looks and sounds like crazy, doesn’t it? But the very idea of Metaverse is exactly this one: creating two realities that will be united and complementary. In the words of Microsoft CEO, Satya Nadella:

Animation visual effects have always been a part of big productions, but they have been improved throughout time (thanks God!)

Ever since actors would freeze the scene while the crew would change the sets, the Meliès created techniques that are still used today and range from perspective, miniatures, multiple expositions, matte paint, stop motion, and the first animatronic ever. We jump some years ahead and we realize the use of the chroma key on the Star Wars franchise, the use of computer animation to make the movements for the dinosaurs in Jurassic Park. In Avatar, director James Cameron, also the founder of a computer graphics company, utilized 3D modeling.

We now believe that the next step in the creative process inside the audiovisual industry is the use of virtual reality in a 180 or 360 degrees viewpoint, and the use of specific cameras.

What’s inside the Metaverse today?

Marketing: the game Fortnite, besides the battles, brings more shows, events, and even product launching inside the game itself like Fanta, Havaianas, Ruffles, which are a part of the universe. 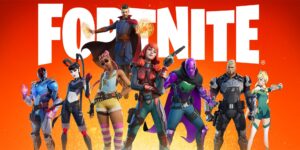 Adapted Apps: Oculus Quest has three apps for those who want to watch films and series on VR: Netflix, Amazon and BigScreen.

Original Production: there are some documentaries shot in the first person, with strategic camera positions and even the use of drones to give the spectator the feeling that he is living that story, connecting with the characters and their emotions. Tokio Origami is one of the examples.

The work market in audiovisual on Metaverse

According to a report done by Bloomberg, the Metaverse will generate a strong economy, engulfing work and entertainment, while it transforms industries, markets and the entertainment. On this scenery it may occur new professions and new filmmakers who will need to adapt their abilities. The scope of the audiovisual will montly be expanded. Besides films, series, shorts and documentaries, the professionals will start working in shows, events, and many other possible possibilities. In the words of professor José Nachreiner:

“These experiences will demand screenwriters and audiovisual producers. Be it to tell a story in a parallel world, develop a game or create an immersive storytelling for brands.”

Besides, in a world full of immersion and borderless, subtitling and accessibility will not be left behind. The security of information and the productions as well. Just remember that exploring the Metaverse as a business opportunity is amazing, but it can not mean a scape from the real world.

And what about you, what do you think of the influence of Metaverse in the movies? Let’s meet up inside our favorite movies? Let’s interact with all its elements?

Our goal is to stimulate people and companies to find out the advantages of being innovative, diverse and representative, with examples, news, and tips. Shall we?

The event Brazil Streaming, which took place in the last weeks of May, brought many relevant discussions for the market and the performance in the Metaverse and the use of NFTs. Therefore, I add up two reports that complement the reading:

A study reveals that the protagonist companies who defend diversity have a growth tax range of more than 61% than other organizations.

Women lead the way: Flavia Germignani, director of BCG, reflects on the female presence of her personal and professional trajectory to suggest new ways to the market.

The Great Place to Work has released a guide on the best practices for inclusion and diversity, with strategies adopted by some of The Best Companies to Work, and tips from partner organizations. And also five tendencies and advises on diversity and inclusion in 2022.

A report shows that the female presence in Hollywood is still not ideal, but the conquers so far have been good and need to be seen with hope.

Bruna Brandão works at ETC Filmes – a partner of Sincronia Filmes in the finishing and post-production departments.